At this time last year, we had “gone fishing“. This year we have been away in a lot of snow and 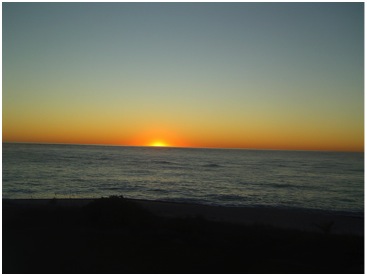 a little bit of sun.  We’ll be back online soon.

These are the top ten goals of the 2009 competing for the FIFA Puskas Award. Once again, I will let you make up your own mind.

In 2000, Real Madrid kicked off the new century with a reinforced policy of signing the world’s greatest and most expensive players including Luis Figo, Zinedine Zidane, Ronaldo, and David Beckham. Then in the summer of 2009, Real Madrid again made football history with unheard of spending, including the purchase of Cristiano Ronaldo for the record amount of €96 Million ($135 million), Kaká for €65 Million ($ 95Million and Benzema for €35 Million ($51 Million) (not to mention picking up Xabi Alonso and Alvaro Arbeloa from Liverpool and Raul Albiol from Valencia).

Nevertheless, in the Copa del Rey against the modest Alcorcón from Second Division B (Group 2) with an annual budget of less than €1 million, Real Madrid with its budget of over €200 Million ($300 Million) on players alone was eliminated after losing 4-0 in Alcorcón and winning by only 1-0 at its home stadium that seats 80 million spectators.

How is it possible that the wealthiest and most expensive professional team in the world cannot defeat a group of part-time amateurs? Should we blame the Real Madrid players? The coaching staff? The club’s governing body? How about the FIFA rules? Or should we demonize Alcorcón?

I will let you make the inferences and draw your own conclusions.

What Do Spanish Actors Have to Do with the Sahara?

Without getting into the merits of the Sahwari people’s claims over the disputed territories in Moroccan controlled Western Sahara, it is hard for me to understand what a group of Spanish actors have to do with any of it.

The story goes something like this. Spain had colonies in Northern Morocco between 1912 and 1956, and in Western Sahara from 1884 all the way until 1975. Throughout most of that time period, Morocco (and Mauritania to a less extent) laid claim to that territory. Right before Franco’s death and after the massive Moroccan public demonstrations against Spanish colonization known as the Green March, Spain finally relinquished its control over the area. The land was then divided between Morocco and Mauritania, but after pressure from the Algerian funded and based Polisario (a pro-Sahrawi rebel group), Mauritania abandoned its portion of the land. In 1991, the U.N. created MINURSO to enable a cease fire between the Polisario and Morocco and to allow for an eventual referendum on the sovereignty over the territory. That referendum has yet to occur, and Western Sahara remains fully under Moroccan control, with a majority of its residents now hailing from the rest of Morocco.

Flash forward to November 2009. The pro-Sahwari human rights activist, Haidar Aminatu, was traveling to the Western Saharan city, Laayoune, and, according to Morocco, refused to enter with her Moroccan passport and insisted that her nationality be listed as Sahwari. As one can imagine, the Moroccan authorities denied her entry. She was then flown to the Canary Islands, sans papers, where she has refused to leave the airport until she is permitted to take another flight to Laayoune and has been on a hunger strike ever since. The Spanish government is now left in the middle of a game of wills between its neighbor and former colony, Morocco, and the human rights activist that the Spanish left is enamored with.

For the most part, the Spanish side against the Moroccan government and in favor of Sahwari independence (whereas the U.S. government sides with Morocco). Not only was Western Sahara Spain’s last colony (Ceuta and Melilla not under discussion here), Spanish colonization of Morocco was also uniquely tied to the Franco regime; Franco had been the Commander of the Army of Africa which played a key role in the Spanish Civil War. On the other hand, for the Moroccans the Green March and the independence of the territory from Spain have become important historic assertions of pride, unity and sovereignty in the Moroccan national psyche.

It is ironic then that a group of pseudo-intellectual Spanish celebrities are so eager to take sides, regardless of all of the historic connotations of their position. What does Western Sahara have to do with them anyways? Other than being a vestige of Spain’s colonial and Franquista past.

Apparently, many Obama supporters are complaining about the strict scrutiny the President is receiving from the progressive wing of his party. To highlight the cynicism of that position, Greenwald writes,

These outbursts include everything other than arguments addressed to the only question that matters:  are the criticisms that have been voiced about Obama valid?  Has he appointed financial officials who have largely served the agenda of the Wall Street and industry interests that funded his campaign?  Has he embraced many of the Bush/Cheney executive power and secrecy abuses which Democrats once railed against — from state secrets to indefinite detention to renditions and military commissions?  Has he actively sought to protect from accountability and disclosure a whole slew of Bush crimes?  Did he secretly a negotiate a deal with the pharmaceutical industry after promising repeatedly that all negotiations over health care would take place out in the open, even on C-SPAN?  Are the criticisms of his escalation of the war in Afghanistan valid, and are his arguments in its favor redolent of the ones George Bush made to “surge” in Iraq or Lyndon Johnson made to escalate in Vietnam?   Is Bob Herbert right when he condemned Obama’s detention policies as un-American and tyrannical, and warned:  “Policies that were wrong under George W. Bush are no less wrong because Barack Obama is in the White House”?

Who knows?  Who cares?  According to these defenders, it’s just wrong — morally, ethically and psychologically — to criticize the President.  Thus, in lieu of any substantive engagement of these critiques are a slew of moronic Broderian cliches (“If Obama catches heat from the left and right but maintains the middle, he is doing what I hoped he would do (and what he said he would do) when I voted for him”), cringe-inducing proclamations of faith in his greatness (“I am willing to continue to trust his instinct, his grace, his patience and his measured hand”), and emotional contempt for his critics more extreme than one would expect from his own family members.  In other words, the Leave-Obama-Alone protestations posted by Sullivan are fairly representative of the genre.  How far we’ve fallen from the declaration of Thomas Jefferson:  “In questions of power, then, let no more be heard of confidence in man, but bind him down from mischief by the chains of the Constitution.”

aided by the above video that reveals the shockingly scarce criteria behind Palin worship, almost as if to remind us of the inherent perils in the blind no-questions-asked presidential adoration so common during the W. Bush administration.

And the Rest of Us

In response to my post on the irrelevance of the Tiger Woods marital crisis story, my brother — a public interest attorney in the Bronx — brings up an excellent point about the disparate treatment of the wealthy and the poor in domestic disputes.

For example, I was recently listening to a Leonard Lopate Show podcast about police informants and the example of Jack Abramoff was given. In exchange for his testimony, Abramoff — probably the most corrupt lobbyist in Washington history — got a lighter sentence than would someone found with less than a teaspoon of crack.

Yet we continue to believe that the poor in America get all of the breaks.

The European Brand of Terrorism

On Thursday night in Vienna, a group of neo-Nazi extremists interrupted the European club match between Austria Vienna and Athletic Bilbao. The match coincided with a pan-European meeting of neo-Nazis from Austria, Bulgaria, Spain, and Italy. This type of incident should be recognized for what it is: terrorism, pure and simple. Yet, it received absolutely no coverage whatsoever in the New York Times, Washington Post, or CNN. Were the neo-Nazis armed, FOX would have called it a Tea Party.

My normal Friday morning ritual includes reading all of the new movie, restaurant, art exhibit, and shopping reviews, regardless of the fact that I almost never actually go the cinema, restaurants, museums or shopping. This morning after discovering that for the second day in a row I had absolutely no hot water (this on the last day of repairs that have left me without access to my kitchen for the past two weeks), I opened the El Mundo Metropoli Section weekend guide to find the face of my friend Juanjo and the review of his restaurant, ConAmor.

ConAmor is where I always take visitors to Madrid for excellent Spanish food. I always order the fried eggplant and the paella with vegetables.

A few weeks ago we were blaming Islamic extremism for an All American shooting spree, largely forgetting the other two mass shootings that occurred within a few days of each other. Not this time. This time we have another scapegoat, as Gene Lyons so elegantly writes:

So many insane people with easy access to guns and so many excuses. And we certainly are not going to blame Governor Huckabee for aiding and abetting terrorism. 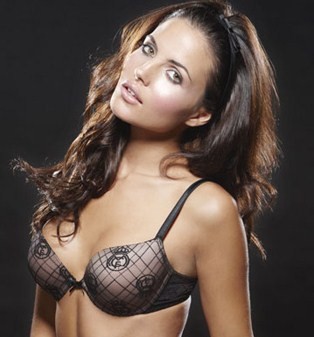 Besides its various sports related merchandise, Real Madrid is now marketing its own line of lingerie. Hopefully, the panties will score more and cost less than Real Madrid’s strikers.