Probably what bothers me most these days about the political dialogue in the United States is the full circle from the politicians’ cynicism and hypocrisy to an enabling establishment media, the willing public who eat it all up, and finally back to the politicians who justify their bogus positions based on the manipulated media and willing public. END_OF_DOCUMENT_TOKEN_TO_BE_REPLACED 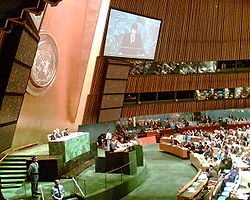 Spanish Prime Minister, Jose Luis Rodriguez Zapatero (aka, ZP), has been promoting an Alliance of Civilizations as the solution to the so-called Clash of Civilizations that he and some others believe to be the root of violent extremism (aka, radical Islamic fundamentalism). Just which “civilizations” he is talking about is anyone’s guess, considering that Islam, since I last checked, has never been a civilization. Like Christianity, Islam is a religion that exists and has existed across many different continents, cultures, and civilizations.

I wonder whether ZP has any similar proposals to solve the problems of Spain’s own domestic terrorism woes, with two separate bombing over the past two days. Should we believe that there is a Clash of Spanish Civilizations and a need for an Alliance? Or should we conclude, like so many people do in the Spain and the West about Islam, that there is something inherently backward about the Spanish people that we should fear all things Spanish and even Catholics (as Catholicism is protected by the Spanish Constitution)? Should we panic if we see someone on our plane wearing a t-shirt with Spanish written on it or even speaking the language? Should we put wiretap on churches, private religious schools, and investigate non-profit Catholic foundations? Yes, I know that these ETA terrorists are just a tiny radicalized minority from one small region, but similar facts have not stopped ZP from considering extremism in other regions of the world to be rooted in culture and conflicting civilizations.

Even the perennial loser, opposition leader Mariano Rajoy, has had a thing or two to say about the ill effects of religious extremism on civilizations. Last year Rajoy proposed to protect women’s rights by regulating the use of the veil or headscarf in public places. This is particularly a problem in my Madrileño barrio of Chamberí, except that the great majority of the women you see in the streets with their heads covered are nuns who wear their full traditional religious attire when teaching in the semi-public local Catholic school. Personally, I think we should stop talking about the problem and just shut the convent down. Either that or U.S. air strikes, preferably by drones to limit military casualties.

If you are not from the U.S., you surely find the American fascination with guns odd. Now factor in the large support amongst congressmen for legislation permitting the possession of concealed fire arms in a wide array of public places, and you have to wonder if America really is like the Wild West of the movies.

E.J. Dionne, Jr. of the Washington Post does a nice job at sarcasm on the topic.

Isn’t it time to dismantle the metal detectors, send the guards at the doors away and allow Americans to exercise their Second Amendment rights by being free to carry their firearms into the nation’s Capitol?

I’ve been studying the deep thoughts of senators who regularly express their undying loyalty to the National Rifle Association, and I have decided that they should practice what they preach. They tell us that the best defense against crime is an armed citizenry and that laws restricting guns do nothing to stop violence.

If they believe that, why don’t they live by it?

Why would freedom-loving lawmakers want to hide behind guards and metal detectors? Shouldn’t NRA members be outraged that Second Amendment rights mean nothing in the very seat of our democracy? END_OF_DOCUMENT_TOKEN_TO_BE_REPLACED 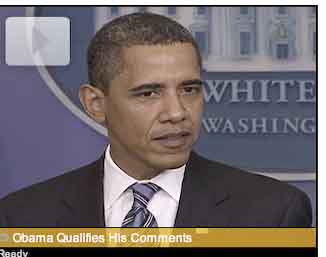 Regardless of the overwhelming facts, statistics and every other indicator in between that point to the ongoing problem of racial profiling in America, there are groups of people, mainly on the right, who somehow think the problem rests alone in one Harvard professor’s mind or in President Obama’s “stupidly” comment. It is not surprising that these same “conservatives” were also hell bent on labeling Judge Sotomayor a racist. But I am not sure if it is more ironic or pathetic that these individuals feel the need to cry reverse-racism at the drop of the dime, quicker even than their so-called “victimized” minorities do.

Uncharacteristic of the media these days, there was actually a decent discussion of the issue, including a criticism of how the press covered the issue, on This Week with George Stephanopoulos today, in part because the conservative panelists – George Will and David Brooks – are probably the only ideologically consistent and intellectually honest conservative journalists on the market. The same can be said on the side of the spectrum of Nobel Prize winning economist Paul Krugman. For example, I would agree with George Will that it was stupid for Obama to allow himself to get drawn into the controversy. Nevertheless, Paul Krugman also made the obvious point that Obama’s “stupid” remark was inopportune precisely because it is was so fundamentally accurate, and we all know that saying truths is politically dangerous.

Is Obama Worse Than Bush? 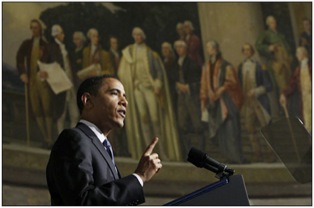 I was passionate about Obama becoming our 44th president, and while I recognize that in the short term Obama greatly improves the U.S.’s standing abroad, I am starting to wonder whether Obama is actually becoming more dangerous for the world than George W. Bush.

Regardless of what Dick Cheney may think, Obama has fully embraced the Bush vision of an imperial and unchecked executive branch. From the proposed Guantanamo show trials to the notion that the president can order people to be detained indefinitely without trial, conviction, rationale or necesity, Obama has institutionalized, with bipartisan support, the notion that the executive branch is above and beyond the law.

Sure, Obama may be closing Guantanamo, but he is doing so only cosmetically. Obama is maintaining, without any dissent whatsoever, the detention facility at the Bagram Theater Internment Facility in Afghanistan, a prison that makes Guantanamo pale in comparison.

Remember all of those Democrats, journalists, and citizens complaining about the Bush Cheney world of secrecy? Remember Bush Cheney refusing to disclose which oil companies met with the White House prior to invading Iraq? Remember Obama’s promise of transparency? Welcome to the Obama state secrets doctrine that not only refuses to disclose evidence of government crimes (because upholding the rule of law may hurt our image abroad),  it now also insists on keeping secret the names of the health insurance companies that have met with the president.

Bush Cheney Redux or worse? With the Democrats in power and fully supporting the Obama Administration’s Bush-Cheneyian policies, we now have bipartisan support for the notion that the president is above the law and that the U.S. government is completely immune from any claim of human rights abuses.

For the most part, I have stopped watching Meet the Press altogether. To begin with, David Gregory is pure mediocracy in motion, the embodiment of an establishment press that is too self-interested to ever ask truly relevant questions. Rather Gregory feigns “journalism” with the initial gotcha question, but then never follows it up with anything challenging. The end result is not journalism but a friendly medium for politicians to safely repeat their party lines. Gregory becomes nothing more than a megaphone for the political class, perpetuating the farce that has become our political culture. If Cronkite was the “most trusted man on television” — who Meet the Press is now hypocritically celebrating — then how should we describe the likes of Gregory and company? END_OF_DOCUMENT_TOKEN_TO_BE_REPLACED

We’ve known for years that the Bush administration ignored and broke the law repeatedly in the name of national security. It is now clear that many of those programs could have been conducted just as easily within the law — perhaps more effectively and certainly with far less damage to the justice system and to Americans’ faith in their government.

That is the inescapable conclusion from a devastating report by the inspectors general of the intelligence and law-enforcement community on President George W. Bush’s warrantless wiretapping program. The report shows that the longstanding requirement that the government obtain a warrant was not hindering efforts to gather intelligence on terrorists after the 9/11 attacks. In fact, the argument that the law was an impediment was concocted by White House and Justice Department lawyers after Mr. Bush authorized spying on Americans’ international communications. END_OF_DOCUMENT_TOKEN_TO_BE_REPLACED 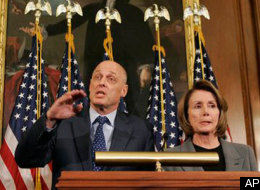 Goldman Sachs and JP Morgan are back. The rest of us will have to wait.