Offline and Loving It! 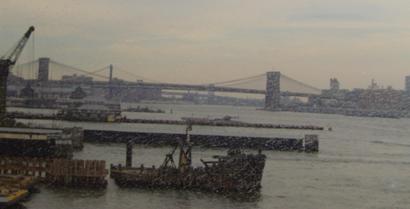 For this Holiday Season, I am offline and absolutely loving it. I barely check my webmail or my work mail, and it’s great. Unfortunately, this won’t last too many more days. See ya’ll soon…

A friend of mine gave me John Coltrane’s Olé about six years ago, but it was not until last year in November that I really listened to it closely. Then a few weeks later while in Marrakech, I suddenly could not get the tune out of my head. From that moment on, I have become a Coltrane addict, and for no reason in particular, I found myself this past weekend listening over and over to “Olé“.

Although the piece appears to be dedicated to Spain, it is much more reminiscent of Northern Africa. With the exception of McCoy Tyner’s big piano cords and Freddie Hubbard’s trumpet both of which give the feel of a paso doble at a bull fight, the rest of the music is like you’re in Marrakech’s Djemaa el Fna or in a medina. Eric Dolphy’s flute reflects the incessant sound of North African flute players in the plaza and on the streets, and the excellent play between the two bassists (one plucking, the other one using the bow) together with Elvin Jones’ drums create the almost spiritual trance. And then there is John Coltrane soaring over the rest.

In a second rate effort to replicate this experience, I have created this third rate nine minute video (from the 18 minutes that the song endures) with photos from Spain and Morocco.

Back in 1992, Bill Clinton gave a political lesson on how to win an election. When running against an incumbent, most candidates make the mistake of attacking or complaing about the incumbent. The problem is that most people are turned-off by complainers and whiners. That was where Bill succeeded. His argument was change and his whole campaign was about how voting for him would be a positive change for the country, and this was highly successful retoric.

So what is so different about these elections than those back in 1992? Does the United States need a more experienced president in these elections than it needed back in 92? Change vs. experience, then and now. A Barak Obama is who a Bill Clinton figure for change verus a Hillary Clinton who is a Bush figure for experience in office. What do we want? END_OF_DOCUMENT_TOKEN_TO_BE_REPLACED 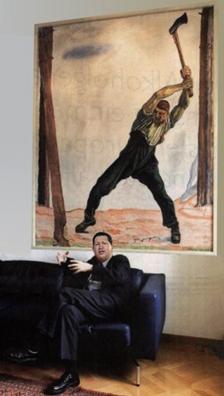 If political transition in Venezuela were only that simple …

Names and the State

About a year ago, I posted about a women who was denied citizenship in Spain because the state refused to recognize the validity of her first name. Well, I just read a news story about how an Itlalian court would not allow a family to name their child Friday. END_OF_DOCUMENT_TOKEN_TO_BE_REPLACED

This weekend, to avoid the cold and the shoppers, I assumed the fetal position and read from cover to cover Paul Bowles’ The Sheltering Sky. I had seen the movie a couple of times and had started and abandoned the novel once before, so I decided to give it a second go.

There is a well-known quote from the story that reads,

… we get to think of life as an inexhaustible well. Yet everything happens only a certain number of times, and a very small number, really. How many more times will you remember a certain afternoon of your childhood, some afternoon that’s so deeply a part of your being that you can’t even conceive of your life without it? Perhaps four or five times more. perhaps not even that. How many more times will you watch the full moon rise? Perhaps twenty. And yet it all seems limitless.

This reminded me of something that I had written before in a post entitled, “Real and Personal Property and Possession” on how the only property that we ever really possess is the intangible: END_OF_DOCUMENT_TOKEN_TO_BE_REPLACED

Today I was watching an interview with Republican hopeful, Mitt Romney, on the Meet the Press podcast. A significant portion of the first half of the interview was dedicated to Romney discussing his religious faith. This is understandable to the degree that he could potentially be the first Mormon president of the U.S., and nevertheless, I was incredibly embarrassed by the whole thing. I kept thinking about how I would justify this type of “political” interview in Europe. In Europe, politicians would simply not be professing their faith to the electorate, and with the exception of “God Save the Queen” would not constantly be talking about “in God we trust” and their faith. Politicians do need to go to church or talk about God to win elections. Probably talking about religion would make them lose. END_OF_DOCUMENT_TOKEN_TO_BE_REPLACED

Sometimes it feels as if time stands still or passes by slowly without us knowing it. Then other times, we put time into perspective. That is what is nice (or cruel) about capturing time in images. Between the left and the right, there are twenty-three years.

The first shot was actually taken by my orthodontist. He wanted to do his own before and after shots to measure the improvement. I didn’t keep the pimple/puberty-stricken close-up from only two years later. Regardless, and I am not sure whether my dentist is to blame, I faired better as a younger person. Nevertheless, from an artistic stand point at least (thanks my “lady friend”), I’ll go with the latter image. And don’t let the shading fool you, I still have a full head of hair.

My friend, the infamous Manuocho, has just come out with this video entitled “The Vatican Croquet”. I really don’t know what the video is all about, but I like it. Manuocho and I are thinking about joining forces in a unified effort to bring to life another compelling story: “The Portero”. I won’t give any of the details away at this point, but it might be big. It might be revolutionayr. It might never happen.

Contrary to what I might have said a few weeks ago, I finished Ali and Nino before the year’s end. Coincendentally, I started 2007 off with Samarkand that deals with 11th Century Persia but also briefly covers pre-World War I Iran, and ended the year with Ali and Nino that commences on the eve of World War I in Baku, Azerbaijan.

I used to have a friend who would also say after reading a book that it was great except for the last page, and actually, I would say the same thing for Ali and Nino. Regardless of the last page, it is a wonderful novel for anyone interested in Middle Eastern or European history. Azerbaijan is especially interesting as it falls on the fault line between Europe, Russia, Turkey, and Iran, and the novel does a great job of putting that threshold into prospective. It is also interesting is to see how much the world has changed since World War I and how much has not changed.

Finally, the author, Liv Nussmbaum (under the pen name Kurban Said), is a novel himself. Tom Reiss has recently published a biography about Nussmbaum, entitled The Orientalist – Solving the Mystery of a Strange and Dangerous Life.