But what is really strange to me is how these big tough basketball players were all robbed of very expensive jewelry. I don’t mean to sound old-fashioned, but what are big, tough guys doing with +$100,000 custom made necklaces? I guess if you’re 6-foot-10, you can get away with wearing whatever you please, at least until someone else decides they want to take it from you. Here’s the story: END_OF_DOCUMENT_TOKEN_TO_BE_REPLACED

My Name is Red

I first started reading My Name is Red by Orhan Pamuk in 2004 while on vacation en solitario in Fuerteventura. My friend, Waya, recommended it to me and said that it was an amazing story that I would love. After reading and re-reading the first thirty pages, I gave up. I just couldn’t follow the story, and it made me feel like a countrified ass cornfed half wit. Then I started to notice that a lot of other people had the same experience with Pamuk’s novels, so I felt a little better about myself and began to quietly boycott his works.

Last week I was browsing my bookshelf with William (ironically Waya’s bro), and we came across My Name is Red. When I mentioned that I couldn’t get into it, he was completely relieved. His girlfriend made fun of him because he couldn’t get through it either. Did that mean that she was also laughing indirectly at me, calling me a chickenhead? So I decided to give it another go. END_OF_DOCUMENT_TOKEN_TO_BE_REPLACED 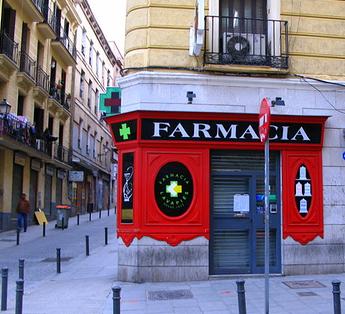 At 11:00am this Saturday morning, I found myself in a farmacia sweating through my green “Getting Lucky in Kentucky” t-shirt, with my sun glasses on, iPod blasting Roland Kirk’s I Talk to Spirits, and asking the pharmacist for Fortasec (a diarrhea medicine), a tooth brush, and preservatives. And this wasn’t even the first pharmacy I had entered this morning. END_OF_DOCUMENT_TOKEN_TO_BE_REPLACED

When Jeb Bush came to Spain a few years ago, he committed the horrible blunder of actually referring to the nation as the “Republic of Spain”. Spaniards were outraged at his ignorance. Spain is not a republic, it is something else. I think that if Spaniards looked up the term “republic” in the dictionary, they would probably be pretty happy to consider themselves one, but unfortunately the nation’s history and politics make the use of the term “republic” politically incorrect.

Spain is actually a constitutional monarchy and is official called the “Kingdom of Spain”. Unlike England, where the press loves to pry into the private lives and pecadillos of its royal family, Spaniards and their press leave the royal family in peace. That isn’t to say that the Spanish royal family doesn’t appear in the news and the high society magazines. They do and all the time. But, Spaniards have a great deal of respect for their royalty. Maybe this is because King Juan Carlos played an important role not only in the birth of Spain’s democracy, but also because he was the central figure in dismantling the 1981 military coup attempt.

The result is that everyone lives and lets the King and his family live, with their personal lives unchallenged by an over puritanical and critical eye (and they ain’t no Saints either). There is absolutely no public criticism in the press of these guys. Well, at least until now, and this time it was done in jest and the perpetrator is being prosecuted for offending the honor of the royal family. END_OF_DOCUMENT_TOKEN_TO_BE_REPLACED

This week there was good news: Lybia finally decided to commute the sentences of five Bulgranian nurses and a Palestinian doctor who have been in jain for the past eight years on bogus charges of having infected some 400 children with the HIV virus. All evidence points to the fact that the children were infected by faulty hospital hygiene prior to the foreigners’ arrival on the scene.

The nurses and the doctor were extradited to Bulgaria where the Bulgarian government promptly pardoned them. But this is only part of the mysterious story. As part of the deal struck with the Lybian government to release the foreigners, a $460 million payment was made to the Lybian children’s families through an international aid group. And better yet, the EU has made a series of other promises to Lybia, including the very special attention of Sarkozy and his wife. Sounds like a ransom payment and a whole lot of RealPolitik to me. END_OF_DOCUMENT_TOKEN_TO_BE_REPLACED

After many complaints about nightmares caused by the Qtip earwax image, I am putting this photo of a beautiful morning in Bethany. Thus, virgin eyes won’t be exposed to the golden earwax right upon opening Grave Error. Please scroll down to be digusted.

Orange is the Color of My True Love’s Earwax 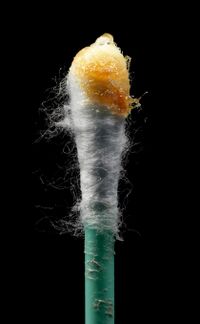 Earwax is kind of cool, especially after just reading about it on Wikipedia. Why did I read about earwax? Today I went to the otolaryngologist. No one ever says I have an otolarynogologist appointment in English. We usually just say ENT (“ears, nose and throat”) doctor. But in Spain, they actually use the full term “otorrinolaringólogo” or otorrino for short. As a matter of fact, on my way to the doctor’s office this afternoon, I realized that I had completely forgotten my doctor’s name. That meant that I would have to ask at the Hospital’s reception desk for the otorrinosaurus or whatever it’s called. I couldn’t remember the name for the life of me, and even if I could, I knew there would be no way in the world that I would be able to pronounce “otorrinolaringólogo”.

Luckily when I entered the hospital, there were signs indicating the various specialties, and there I saw that magically inarticulable word! I could easily find my way. Then when the doctor asked what he could do for me, I wanted to tell him my story. END_OF_DOCUMENT_TOKEN_TO_BE_REPLACED

I think I finally found the solution to America’s problems right after I published my last post on the Vick scandal. We need the American citizens to unite to force NFL football players’ to treat dogs more humanely. Then once we’ve finally achieved that, we can pressure the US government to treat people more like dogs.