My friend and former right hand man at FON, Jacobo (aka Hysidro), recently started a blog covering some of his design work. I used to just look over to my left to see what he was working (or procrastinating) on. Now that I don’t get to see him every day, I check out jacovo.com. I particularly like the beer in his face (and especially the sausages and garlic hanging in the background).

Like the song, “Video Killed the Radio Star”, it looks like the WiFi router may kill the WiFi network. Let me explain.

First, congrats to Iurgi and the guys at FON (where I used work) for the new La Fonera 2.0, a WiFi router that also doubles as a remote downloader, allowing you to upload or download files independently of your computer. In other words, you can upload or download files to and from the Internet without slowing your computer down or even turning it on.

What does this have to do with FON, the WiFi sharing network? FON’s entire raison d’être is to give users free, ubiquitous WiFi access throughout the world. The idea was that users, by contracting for DSL at home, should also have access to the Internet whenever they are away from home. This was to be achieved by installing FON’s special WiFi router – the La Fonera – that permitted users to share their WiFi connection with other users, thus creating a ubiquitous, user-generated WiFi network. The problem was that the network wasn’t growing fast enough, and the existing network was unreliable (users turned off routers when not using them and there was a limited network to connect to).

As a solution to the problem, the La Fonera 2.0 was intended to jump-start the FON network by getting more people to (i) install a WiFi sharing router and (ii) keep that router online even when away from home. Here comes the irony: END_OF_DOCUMENT_TOKEN_TO_BE_REPLACED

I remember the war years, the Star Wars years. Back in my FON days when I was working with the Hombres de Negro (Guille, Juantxo and Aitor), I used to watch these new generation kids praising 70s icons like Darth Vader or Kiss. Hey, I lived Star Wars. I went to see it in the movie theater in 1977, before my girlfriend was even born. I remember the whole Star Wars craze, everyone in the streets sporting space age fashion, and my childhood thirst for the action figures and accessories (some of which I still have today). I even went to a Kiss Dynasty tour concert in 1979.

Just to put it all into prospective, my old Star Wars sheets have survived . . . twenty-nine years later. 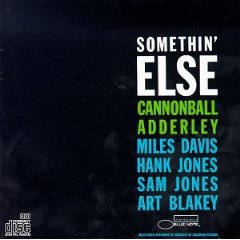 My very good friend and former co-worker, William, has recently left FON and migrated to Mozilla where he will serve as European community manager. As part of his new responsibilities, William has just started a Mozilla-centric blog. Two weeks ago in Paris, William and I brainstormed on what domain name to give this new William’s blog (his previous blog has long been abandoned). As we are both die-hard Jazz fans and after seeing that most of the cool Thelonious Monk related names were taken, we came up with http://somethin-else.org in honor of Cannonball Adderley’s historic recording of the same name.

If your interested in Open Source (or just curious) check out William’s blog. He promises to also occasionally talk about tropical fish and other minor digressions.

Of Friends and Mobile Service Providers

Last year at about this time, three of my good friends from FON — Berga, Karl, and Victor (el Melenas) — left FON to work for Simyo, a new MVNO in the Spanish market.

Besides helping my buddies out, I thought that by changing to Simyo I could save a little money in the process as well. The only pending issue was to ask Movistar, the market incumbent and my current provider, for the switch. Sounds painless? It was like breaking up with a girlfriend who was trying to blame it on my friends Berga, Karl, and Victor. END_OF_DOCUMENT_TOKEN_TO_BE_REPLACED

My Last Day at FON

After over two and a half years, Wednesday was my last day at FON. These have been the “best of times, the worst of times, the tale of two companies”, but overall they have been amazing! I have never had so much fun or enjoyed myself like this before working with a better group of people than I have at FON. It was all worth it!

I have had the great honor of working with such a wide variety of different people from different professions and different fields. I learned about everything from technological geekiness to designing webpages to building a company from the ground up. I also had the great fortune of working closely with our teams across Europe and Asia. But most of all, I had fun — fun with a young and dynamic group of people — and never had to wear a suit, tie, or shave. And we laughed and laughed and laughed the whole way through. When I look back at this time, I am sure that I will think of it as one of the best experiences of my life.

I would love to go into detail about all of the people that I worked with and explain how much I value and appreciate each of them. But then this would simply be too cheesie. Instead, I will leave you with these two videos: one that was made two months ago by our super photographer, Iban (I was suspiciously absent that day) and Berga’s goodbye video from a year ago. Now back to wires.

Ground Zero: There Goes the Neighborhood

They don’t like me, I just know it . . . Actually, maybe they do or maybe they don’t. Does it really matter? They have to put up with me every day either way.
Today, I had my camera at work to take some photos for our upcoming Newsletter, so I decided to make a short video strutting around on the East Side of Alcobendas.