My Uncle on Meet the Press

I have a Sunday ritual and it has nothing to do with going to Church. Every Sunday evening (GMT+1), I watch the Meet the Press video podcast and the online streaming version of This Week with George Stephanopoulos. Last week was no exception, but when Meet the Press host, David Gregory, said the following:

I want to turn to this issue of political will more generally. Governor Schwarzenegger, this AIG mess is in part about American’s frustrations.  They don’t know who’s protecting them anymore.  They don’t know what to believe in anymore.  They feel like government’s letting them down, they feel like the financial system and industry is letting them down.  A lot of people upset with the media as well.  The Asbury Park Press in New Jersey, on the shore there, wrote this in an editorial this week:

“Here’s the one part of the bailout that makes our stomach churn”–this was an editorial–“churn the most:  None of these guys are in prison.  You can rob a bank out of desperation and end up with 10 or 15 years in jail.  You can rob a nation blind out of pure greed and get nothing but a tongue lashing. Something’s got to change.”

Now, nobody at AIG is accused of any wrongdoing or committing any crime, just bad judgment at the very least.  Where do Americans go for accountability for all this?

I hadn’t put two and two together and realized that the quote comes from Asbury Park Press editor, Randy Bergmann, my uncle. 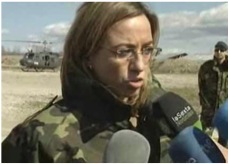 The Zapatero government (I’ll assume its members act in unison) has decided unilaterally to pull Spanish troops, operating under NATO mandate, out of Kosovo. The Spanish press has played up the fact that the Obama administration has voiced its dismay with the abrupt move, especially considering that ZP was looking forward to a new air of Spanish American relations after the tense Bush years.

But the Spanish press has gotten it all wrong. This has nothing to do with the U.S. at all, but with ZP’s total disregard for NATO and its allies. ZP’s justification for pulling out (in true Catholic style, your Papacy, it’s another ZP marcha atrás) was that Kosovo no longer needed the services of the Spanish peacekeepers. That assessment is, of course, directly opposed to NATO’s own present viewpoint. NATO has taken not such stance and continues to have troops stationed in Kosovo. Furthermore, the Spanish government never consulted with or sought approval from NATO prior to making the decision. Even Secretary General of the Council of the European Union Javier Solana – curiously also a former NATO Secretary General and a Foreign Minister of ZP’s own party (and former NATO opponent) – has expressed his frustration with the move.

Ironically back when ZP was running for president and opposing then president Aznar’s support for the War in Iraq, the bulk of ZP’s argument was based on the War’s unilateralism. ZP claimed Aznar was distancing Spain from Europe and the international community, and that any military action should be strictly limited to the confines of NATO and/or the United Nations. Yet here he seems to completely disregard NATO altogether. The message is clear, ZP knows better than NATO what is good for NATO in Kosovo, and if he says the mission is over, then it is over. Logically, then, the other NATO member states with soldiers there should follow suit, upon ZP’s order. END_OF_DOCUMENT_TOKEN_TO_BE_REPLACED

So Good Up ‘Til Now

Up until now, my new year’s reading list has been amazing. With the sole exception of Michel Houellebecq’s unmemorable Elementary Particles, I have devoured five gems:

But two weeks ago, I embarked on the very promising 2666 by Roberto Bolaño, but for some reason I have barely been able to get through fifty pages. Maybe it’s the fact that I am reading the novel in Spanish or that I have been distracted with other things, but I simply cannot get myself to care about any of the characters. They all seem very forced and trite, almost as if I had already read the story before and didn’t like it the first time. Furthermore, the interminable, never-ending, page long sentences, typical of both formal and informal Spanish writing, gets on my nerves. At times I find myself wondering if Bolaño was being paid by the word, or if he really needed to add yet another comma and phrase to the already uninteresting run-on sentence. “I got the point, Roberto, can we move on?” With the exception of Garcia Marquez’s beautiful sentences (Borges wrote short stories, not novels), I am beginning to question whether the Spanish language is cut out for novels. While I do believe Spanish, with its ability to reverse the order of the subject and predicate, is better suited to poetry than English, I do now have my reserves about Spanish prose.

In any event, I have yet to decide whether to keep fighting through the 1300 page 2666 — it might be great in the end — or to re-read something that I really love, preferably Haruki Murakami’s The Wind Up Bird Chronicle.

When Not Winning Works Best

Probably the only thing that has worked effectively in the so-called War on Terror has been not winning the war. That’s right, Cheney is wrong in warning that Obama’s policies may put the U.S. at greater risk, unless of course Cheney is worried that Obama may make the mistake of prevailing in Afghanistan.

Cheney isn’t the only one who is mistaken. In a pair of articles published in today’s Washington Post – one by David Ignatius and the other jointly by John McCain and Joseph Lieberman – the writers give opposing views on our military operations in Afghanistan. One side preaches a moderate approach, recognizing the perils of the historically untamable region. The other side stresses the importance of immediate “victory” (McCain, if you recall from the elections, is obsessed with winning wars, which must be some subconscious fear of having lost in Vietnam). Both sides are wrong. END_OF_DOCUMENT_TOKEN_TO_BE_REPLACED

I really enjoy the great breadth of topics and interviewees on the Leonard Lopate Show. On yesterday’s show, Lopate’s guests added an interesting view to the conversation about the economic crisis.

Have you found yourself wondering latley “who or what destroyed the economy?” Well, New York Times columnist David Leonhardt and labor lawyer Thomas Geoghegan have a simple answer to that question: we’ve been robbed. In his article “Infinite Debt” for the April issue of Harpers Geoghegan theorizes that the legalization of usury created perverse incentives for investors that led to a flight of capital. Leonhardt takes the theory a step further in his Times article by suggesting that investors knowingly looted money from the government in the form of bailouts.

This is new campaign from Jet Blue is great! Check out the other videos: END_OF_DOCUMENT_TOKEN_TO_BE_REPLACED 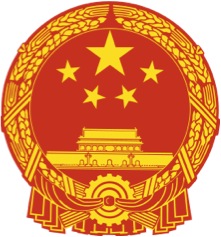 The Republican tax cut hoax, costing future tax payers billions in indebtedness is not the only ideological sham of American history. As the Chinese government now questions whether it should continue to finance American debt, Robert Scheer on Left Right and Center, just made the very true observation about the irony of American capitalism needing to be bankrolled by its Cold War nemesis the Chinese Communist Party.

For all the talk about how great it was that Reagan won the Cold War, the fact is that China is run by the communist party that was our sworn enemy in the Cold War, and we were told that if we don’t end their reign the world will never be safe. And [now] we are depending on the Chinese communists to save the world’s biggest capitalist economy. They evidently invested wisely. They still seem to have a growth rate. And I think that is one of the great ironies of the last fifty years of history. And I think [Wen Jiabao’s] point was valid: [the Chinese government] invested a lot of our money in [U.S.] treasuries, do [Americans] know what they are doing? Are they solid? Are they serious? 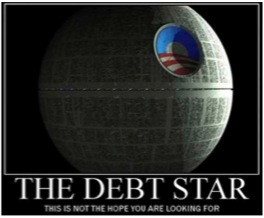 I was just looking at this funny anti-Obama poster calling Obama’s spending plan the Debt Star. Ironically, though, the real Debts Stars — the guys who amassed the largest deficits in American history — were Reagan and W. And they did it with the help of tax cuts paid for by debt, an arms race paid for by debt, and wars paid for by debt. As a matter of fact, the whole notion of tax cuts in the U.S. is really just one festering delayed taxation scheme we pay for in the short term by borrowing. We simply redistribute the wealth today by making someone else pay for it tomorrow.

And here we go again, the Republicans are calling for more tax cuts and Obama has had to put tax cuts into the stimulus bill. One day we’ll look back and won’t be able to distinguish the tax cuts from the toxic mortgages, predator lending, bailed-out flunkies and ponzi schemes.

That’s Exactly What We Need

I just saw an ad for the new Ford Flex. What is Ford’s response to the American auto industry’s dire outlook? A seven-seater SUV. Yes, another bigger, un-exportable vehicle is exactly what the U.S. needs for energy independence and economic survival. Unless, of course, energy independence is merely a ruse, a political gimmick, a distraction while government continues to dedicate citizen resources to enrich oil companies, resurrect the auto industry, and perpetuate consumer waste, aka the American Way of Life. That’s not all, the new Ford Flex has refrigerated cup holders in each of its three rows to keep our obese sodas perfected chilled while most likely sitting solo in traffic on absurdly long commutes. That’s exactly what we need.

Grave Error
Create a free website or blog at WordPress.com.