So What is the White House’s Official Position on the Virus? 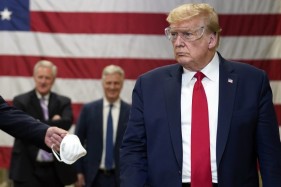 Can anyone tell me what is the White House’s official position on the virus? Is it a deadly virus and national security threat or no biggie, like a flu that kills lots of people too? If it’s not a big deal, then how were the Chinese government and WHO underplaying its significance?

If the virus is not so deadly – at least not for White people or those with optimal health like the Healthiest President in History™ then why does the president say he needs to undergo an experimental preventive treatment that has yet to be approved by the government that the president himself administers?

Do we need more testing to be safe or not? If we don’t need testing, then why is everyone who works at the White House tested on an ongoing basis? Is that for their protection or for the president’s? Why should White House personnel be tested and not, for example, workers at meat packing facilities?

And if the virus’ threat has been over-hyped by the lame-stream media, then why must the U.S. close its boarders. Are we supposed to be afraid or not?

So if 90,000 dead isn’t such a big deal, we don’t need to wear masks or be tested, and we should drop all these silly restrictions, then:

Filed under The Quarantined Life, Trump 45