What is the American thing to do?

There is a strongly held belief amongst many Americans that the Constitution (in particular the Second Amendment) not only protects the right of citizens to revolt against their government but in fact encourages them to arm themselves in case of an oppressive government. At the same time, America’s founding document – the Declaration of Independence – sets forth the oppressive conditions upon which a people have a right to revolt and seek independence from an oppressive government. Yet these same Americans NEVER take the side of African Americans when they are regularly abused by police. To the contrary, they take the side of the agents of the government, and deride them both when they protest peacefully as being unpatriotic and then as barbarous and counterproductive when they burn and loot.

The question is: how should an American act when treated with violence by the state that is supposed to protect them?

It is June 2020. Imagine having witnessed the following:

So now all hell breaks out on the streets of many US cities. At first, I agreed with this impassioned speech by Killer Mike:

Ultimately those who believe they can overthrow oppression with force have no means to stand-up to the militarized police, not even the White Second Amendment Crew decked out in the favorite costumes. Plus, we all know that Trump will spin the protests to only increase tension.

Then I saw this monologue by Trevor Noah of the Daily Show:

And he is absolutely right: when the people do not believe the rules of the game protect them, then they will stop playing by the rules. This is a truth as old as time. So why not loot? Plus, there is an argument that these past days of rioting have achieved more attention than a QB taking a knee or years of peaceful BLM rallies?

I definitely don’t know the answer to how people should act. But I do know that I cannot stomach when the oppressed are told violence is not the answer, especially after their peaceful protests are constantly mocked and when done by those who ALWAYS resort to violence or the threat of violence as the solution to any dissent. 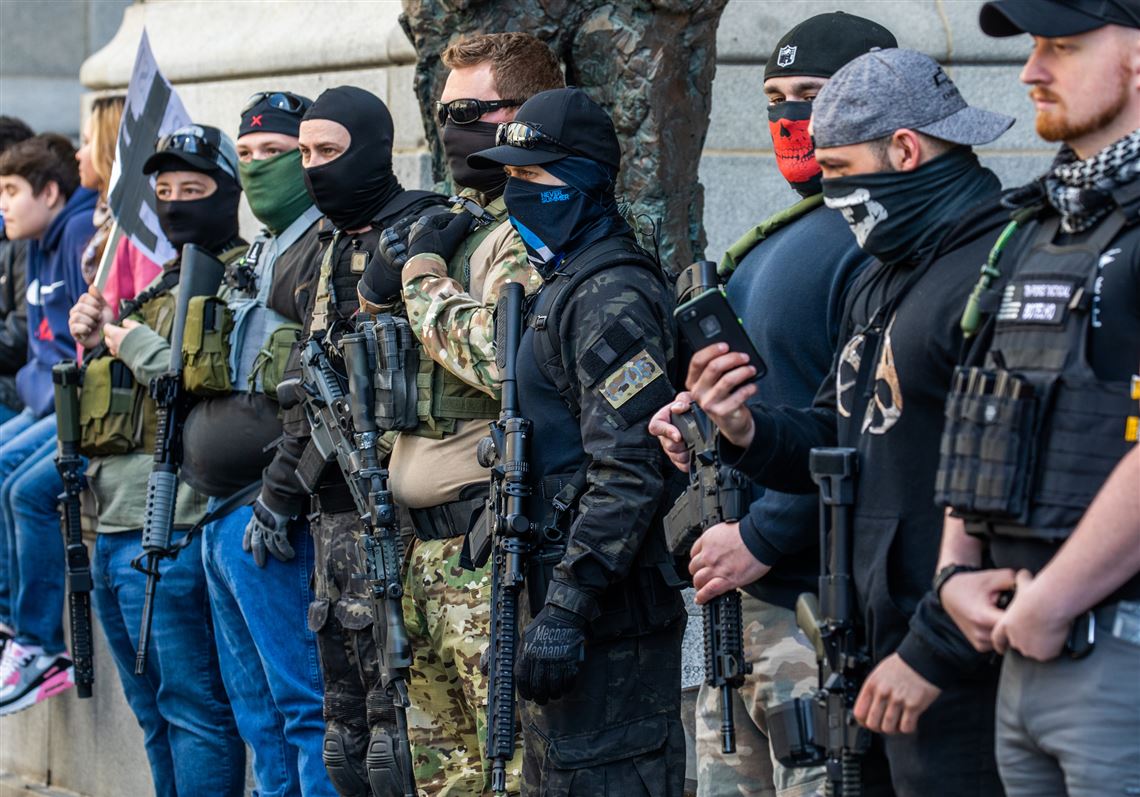 One thing I find so astonishing about America is this particular group of conservative psychopaths who are obsessed with cosplay/fantasy military fetishism. They dream of playing GI Joe and are convinced the Constitution gives them the right to be terrorists. Well, they don’t call it terrorism. They call it arming themselves against a potentially abusive government. Ironically they are the same people who worship unfettered police power and the militarization of police. What is more representative of big government out of control than a militarized police force that is almost never held accountable or “personally responsible” for their actions? These same role play fanatics get to protest against having to wear masks during an unprecedented pandemic. And how do they protest? By threatening violence, decked out in full fetish military costumes. How does the police react? They do nothing!!!!!!

Then you get a group of people who are protesting against being killed and hunted by the police and lynched in 2020 and the police show up dressed in military gear like they’re about to invade Iraq. Do the conservatives who believe in standing up to oppressive government support them? No! Of course not, they’re too busy having boners watching the police in their sexy military gear.

And there it is folks, I just revealed the dark secret of American culture. The same people who worship violence and the military, who use the threat of violence ALL THE TIME, have the gall to tell others that violence is not the way to protest.

When has Trump not threatened every American or foreign country that has disagreed with him? He either insults, belittles, threatens with incarnation, sanctions or invasion and violence. EVERY SINGLE TIME.

You can’t make this shit up. As if to prove my point that Americans – even when denouncing violence, always turn to violence as the solution — President Trump then uses tear gas (a form of violence) to disperse peaceful protestors so he can give a speech. And what is his message? Does he stand arm-and-arm with African American leaders and police forces to march as a symbol of peace? Of course not. He holds a Bible and threatens the citizens of the United States of America with military force if they cannot behave.

Somehow along the way, the President forgot that this all started with the police killing people with impunity. Yet again We the People can only seem to muster up two types of solutions to all our problems: violence or tax cuts. Wait, when White people are killed by other armed White people there is another option: thoughts and prayers.

So what is an American to do? If violence doesn’t work, then why is violence always the answer?

How is the stock market reacting to having received billions in bailouts will 100,000 Americans have died, we have record unemployment, and a social unrest? Not too shabby. We’re seeing one of the greatest transfers of wealth in modern US history. So how is looting whom?