If You Vote for Trump, You Are No Longer Friend or Family 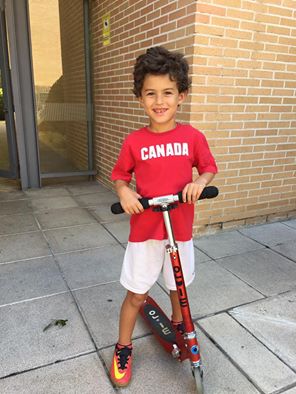 Looks like we‘ll need a Plan B if Trump is elected.

Canada may be the closest place in North America that Mr. Trump will allow my family. And I say this as a person who had to degrade himself by pretending to be Canadian just to get some in Europe during the Bush years.

In all seriousness, family and friends, please do not vote for Donald Trump. I understand and get that you may dislike, detest even, Hilary Clinton. I am certainly no fan of hers.

BUT PLEASE DO NOT VOTE TRUMP.

Think about it: besides Mr. Trump running a campaign centered fully on hate, fear and division, he has also pledged that if he becomes the next President of the United States of America, he will prohibit my wife and children from entering our country. That means that if you vote for Mr. Trump, you are saying that is is perfectly alright to:

I say “never see us again” because if you vote for him and I find out, you are not welcome in my home. I will take your vote for Trump as a personal rejection of me and my family.

If you don’t like Hilary, either vote for a third party candidate or just vote down ballot. If you are a Republican or a Conservative Christian, you know quite well that Trump is neither. He is a dishonest cheat in absolutely everything he says or does. As USA Today recently wrote in its unprecedented editorial against Mr. Trump,

He is erratic. Trump has been on so many sides of so many issues that attempting to assess his policy positions is like shooting at a moving target. A list prepared by NBC details 124 shifts by Trump on 20 major issues since shortly before he entered the race . . .

He is ill-equipped to be Commander-in-Chief. . . .

His business career is checkered. . . . A series of investigative articles published by the USA TODAY Network found that Trump has been involved in thousands of lawsuits over the past three decades, including at least 60 that involved small businesses and contract employees who said they were stiffed. So much for being a champion of the little guy. . .

He isn’t leveling with the American people. . . .

For the life of me, I don’t see anything concrete that Trump stands for other than racism, xenophobia and insult. If you vote for him, that is what you stand for.

Finally, I am a U.S. citizen as are my children, and what possible argument can there be for denying my family from entering my home country and the place where my parents and siblings live? Because my wife and children are Muslim?

As far as I know, no one in my wife’s family has ever advocated for or supported:

Meanwhile, Trump (and arguably Hilary even) have supported all of these.

So you have a choice this election. Do you ever want to see me again? Because if you vote Trump, you are rejecting me and my family. That is clear. It is not a joke. It is not funny.

Filed under Elections 2016, Friends / Family, Married to a Moroccan