No Swiss Minarets this Christmas 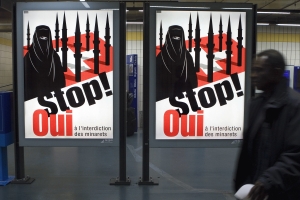 In general, I think that Juan Cole’s article today on the new Swiss law banning the building of minarets is oversimplified, but I do think he makes a few good points always overlooked in our they’re evil we’re good discourse:

Others will allege that Muslims do not grant freedom of religion to Christians in their midst. First of all, this allegation is not true if we look at the full range of the countries where the 1.5 billion Muslims live. Among the nearly 60 Muslim-majority states in the world, only one, Saudi Arabia, forbids the building of churches. Does Switzerland really want to be like Saudi Arabia?

Here is a Western Christian description of the situation of Christians in Syria:

In Syria, as in all other Arab countries of the Middle East except Saudi Arabia, freedom of religion is guaranteed in law . . . We should like to point out too that in Syria and in several other countries of the region, Christian churches benefit from free water and electricity supplies, are exempt from several types of tax and can seek building permission for new churches (in Syria, land for these buildings are granted by the State) or repair existing ones.

It should be noted too that there are Christian members of Parliament and of government in Syria and other countries, sometimes in a fixed number (as in Lebanon and Jordan.)

Finally, we note that a new personal statute was promulgated on 18 June 2006 for the various Christian Churches found in Syria, which purposely and verbatim repeats most of the rules of the Code of Canons of the Eastern Churches promulgated by Pope John Paul II.

That is, in Muslim-majority Syria, the government actually grants land to Christians for the building of churches, along with free water and electricity. Christians have their own personal status legal code, straight from the Vatican. (It is because Christians have their own law in the Middle East, backed by the state, that Muslims in the West are puzzled as to why they cannot practice their personal status code.) Christians have freedom of religion, though there are sensitivities about attempts to convert others (as there are everywhere in the Middle East, including Israel). And Christians are represented in the legislature. With Switzerland’s 5 percent Muslim population, how many Muslim members of parliament does it have?

It will also be alleged that in Egypt some clergymen gave fatwas or legal opinions that building churches is a sin, and it will be argued that Christians have been attacked by Muslims in Upper Egypt.

These arguments are fallacies. You cannot compare the behavior of some Muslim fanatics in rural Egypt to the laws and ideals of the Swiss Republic. We have to look at Egyptian law and policy.

The Grand Sheikh of al-Azhar Seminary, the foremost center of Sunni Muslim learning, “added in statements carried by Egyptian newspaper Youm al-Saba’a that Muslims can make voluntary contributions to build churches, pointing out that the church is a house for ‘worshipping and tolerance.'” He condemned the fundamentalist Muslims for saying church-building is sinful. And Egypt has lots of churches, including new Presbyterian ones, following John Calvin, who I believe lived in … Geneva. About six percent of the population is Christian.

Personally, I would prefer less mosques and churches and more schools. I’m just a secular kind of guy, although I should probably disclose that I am writing this while listening to Ella Fitzgerald dreaming of a White Christmas, Frank Sinatra wishing me a Merry Little Christmas, and Sammy Davis Jr. reminding me that it is Christmas all over the world. And it’s not even December, yet.

4 responses to “No Swiss Minarets this Christmas”