The Right to Exist 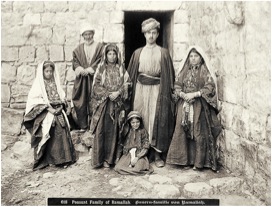 One of the catch phrases of conservative Israeli politicians is that the Palestinians refuse to accept Israel’s right to exist. Netanyahu in his recent trip to Washington, DC to meet with President Obama was saying the same thing, while at the same time talking about the “Jewish State” (as opposed to a multi-cultural democratic state) and refusing to even address a possible two state solution. And as we all know, without a two state solution, Israel is left with the options of ethnic cleansing or apartheid.

So where is the Israeli government’s acknowledgment of the Palestinians’ right to exits? Just look at the basic statistics: In 1920 in the British Mandate over Palestine, the population of the area was 78% Muslim, 11% Jewish and 10% Christian. At the end of the Mandate in 1945 in Jerusalem, for example, land ownership was 84% Arab (Christian and Muslim) and 2% Jewish. Flash forward to 2006 and of Israel’s 7 million people, 77% were Jews, but only 18.5% were Arabs. I don’t think these numbers are perfect, but you get the picture.

Clearly, Netanyahu and the Israeli state as reflected in the numbers, like Hamas, does not respect the other side’s right to exist.

4 responses to “The Right to Exist”