The Threat of Global Democracy? 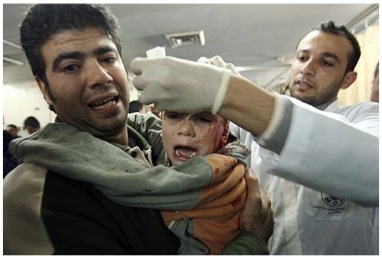 For the pure sake of argument (and to play devil’s advocate), which is a greater threat to the world, the war against terror or the terrorism itself? If you take George W. Bush’s word for it, the battle can be divided into two opposing sides: the terrorists who wish to destroy “our” way of life, and Coalition of the Willing who hope to spread democracy and liberty by fighting tyranny and ideological fanaticism.

Both sides also, in theory, have the same goal: they want their respective ideologies to prevail. The terrorists’ ideologies include the preservation and/or imposition of local and regional religious order as well as the “decolonization” of their lands. While both sides are paternalistic – believing that they know what’s best for the people – the ideology of the Willing, reminiscent of the Bolshevik revolution and the Spanish Conquest, has an imperial and universal scope: the global spread of democracy.

From a purely quantitative standpoint, though, there is an argument that the Willing poses a greater threat to the world than the Evil. For example, in Iraq, as a direct result of the “democratic” invasion, there have been one million Iraqi civilian deaths. Whether or not you consider the terrorists to be state actors, it is an undisputed fact that hundreds of thousands of civilians have died at the hands of the democratically elected Willing with the consent of their citizens and without any opposition from their free press.

Personally, I am a democrat (with a small “d”), believe strongly in the separation of powers, the complete separation of church and state, mostly prefer limited government intervention, and would rather live in the U.S., Europe, or Israel than Iran, Iraq or Afghanistan. Nevertheless, were I in fact living in a territory being bombarded by Democracy with its total disregard for my life and its lack of remorse for any human collateral damage, I would probably see the Willing as tormentors and not liberators. The spread of Global Democracy would be pretty scary.

Of course, were Democracy not threatening me or hoarding my resources, it would be a totally different story.

2 responses to “The Threat of Global Democracy?”