Reflecting on the Primaries 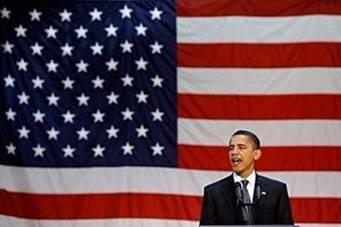 Two Thursdays ago, I landed in Paris to find myself in the middle of the great French passtime: a public transportation strike. Luckily it wasn’t a complete shut-down, and there were still a few trains that I could take from the airport to the center of the city. While waiting for a train, I struck up a long conversation with a French gentleman, and as you could imagine (especially since the Bush years), I dreaded the question, “so where are you from?”

After deciding against the easy “Canada” cop-out, I came clean — “I am from the U.S.” The conversation turned almost immediately to the U.S. elections. What is so interesting about the presidential primaries this year is that they have very much impressed the rest of the world and helped restore the image of the U.S. abroad. As the gentelmen told me, “Over the last five months there has been a very clear move away from anti-Americanism in France. We are regaining our respect for your country.”

Not only have I noticed this in France, but also in Spain. Take Spanish political blogger Testigo as an example. There is a degree of healthy envy when watching our (relatively) open and transparent candidate selection process. How can a Spaniard witness the Democratic primaries without being enraged at his own closed party system and at the fact that two-time presidential loser, Mariano Rajoy, is still at the helm of the Partido Popular? The Partido Popular has plenty of local and regional politicians with excellent winning track records and were voters given the chance, these politicians would blow Rajoy out of the water. But because of non-transparent interal selection processes, the people have less of a voice than their American counterparts in determining their leaders.

I even notice this on the street as I walk around with my Obama t-shirt. People smile at me or say “Viva Obama”. Yes, part of it is that they see me as freaskish — Europeans do not wear candidate merchandise. But most of the time, it is a gesture of approval. It is them saying, “Not only is Bush leaving, but maybe there is something different and special about the U.S. democracy after all”. Even the other day at the aiport in Madrid while I was going through security with an Obama pin stuck to my computer bag, the security officers stopped me — not to search me — because they wanted to talk about the U.S. elections and tell me that they were hoping for an Obama victory.

And here is a little secret for Senator McCain: It isn’t just Hamas who thinks that Obama would be a positive change for the U.S., it is what almost everyone across the globe — in Europe, Latin America, Asia, and in Africa — is thinking. The world desperately wants a different America.

Remember: the U.S. is seen as an nation of racist, religious fanatic, minority of wealthy imperialistic war-mongers who rule over a naive, ignorant and obese citizenry. There is no American dream and no upward mobility. Obama’s candidacy shatters all of those stereotypes. Hillary would be an acceptable candidate were she not the “wife of” and a McCain victory, especially due to his party affiliation and obsession with war, would only perpetuate our reputation as an intolerant and unfriendly nation who won’t listen or compromise.

This is what has been so special about this election’s primary season — not only that we had strong candidates with passionate supporters — but that we were able to prove to ourselves and the world that not only was Bush a fluke, but that we have a strong, participative and vital democracy.

Unfortunately, not everything has been so rosey along the way. In today’s New York Times, Bob Herbert, David Brooks, and Dan Schnur all write columns about the tolls that the candidates have taken during the primaries. As Schnur says,

The pressures of campaigning have made John McCain and Barack Obama more experienced, more cautious and less exceptional than they once were.

The fact of the matter is that as the stakes have gotten higher, the candidates have lost their boldesss, ideas, and have moved towards watered down statements to avoid potentially offending anyone or losing key voting blocks. The result is a bunch of political whimps and empty speeches, and a media that looks for scandal and a cheap news story at every corner.

Then you had the Clinton camp’s desperation, seeing its only potential path to victory was to destroy Obama’s persona and message of hope. As a result, Obama’s exciting message of new poltics has lost its zeal amongst many voters. In the short term, this has translated into a decline of almost 15% of his support amongst independent voters. In the long term, this acts as a strong deterrant from entering political life for the next generation.

Both Bill and Hillary have also suffered what could turn out to be irreparable damage. What will happen to Bill’s legacy? Will he be remembered for his presidency, as an elder statements, or for his finger pointing and low blows at Obama? What will become of Hillary’s political career. Will she remain a force to be reckoned with in the Democratic party and in Congress? Will she allow herself to be victimized? And if Obama loses in November will we hear the Clinton’s say “told you so”, will they be blamed for dividing the party and throwing the election? (For a nice summation of the petty Clintonian claim in recent days check out Eugene Robinson).

This has been the irony: the tale of two elections: the best of America and the worst of America. While the world has been watching in quiet awe of the U.S. democratic process, the campaigns have stirred racial, gender, and religious tensions that no one was expecting six months ago. I strongly suggest you check out Richard Cohen’s excellent piece in today’s Washington Post that reflects on the negative consequences of the primaries:

A Campaign to Hate

Wherever I go — from glittering dinner party to glittering dinner party — the famous and powerful people I meet (for such is my life) tell me how lucky I am to be a journalist in this the greatest of all presidential contests. I tell them, for I am wont to please, that this campaign is indeed great when, as history will record, it is not. I have come to loathe the campaign.

I loathe above all the resurgence of racism — or maybe it is merely my appreciation of the fact that it is wider and deeper than I thought. I am stunned by the numbers of people who have come out to vote against Barack Obama because he is black. I am even more stunned that many of these people have no compunction about telling a pollster they voted on account of race — one in five whites in Kentucky, for instance. Those voters didn’t even know enough to lie, which is what, if you look at the numbers, others probably did in other states. Such honesty ought to be commendable. It is, instead, frightening.

I acknowledge that some people can find nonracial reasons to vote against Obama — his youth, his inexperience, his uber-liberalism and, of course, his willingness to abide his minister’s admiration for a racist demagogue (Louis Farrakhan) until it was way, way too late. But for too many people, Obama is first and foremost a black man and is rejected for that reason alone. This is very sad.

I loathe what has happened to Hillary Clinton. This person of no mean achievement has been witchified, turned into a shrew, so that almost any remark of hers is instantly interpreted as sinister and ugly. All she had to do, for instance, was note that it took Lyndon Johnson to implement Martin Luther King’s dream, and somehow it became a racist statement. The Obama camp has been no help in this regard, expressing insincere regret instead of a sincere “that’s not what she meant.”

I loathe also what Hillary Clinton has done to herself. The incessant exaggerations, the cheap shots, the flights into hallucinatory history — that sniper fire in Bosnia, for instance — have turned her into a caricature of what her caricaturists long claimed she already was. In this campaign, Clinton has managed to come across as a hungry hack, a Janus looking both forward and backward and seeming to stand for nothing except winning. This, too, is sad.

I loathe what has happened to Bill Clinton.

I loathe what has happened to the press. I loathe the incessant blogging and commenting and talking and yapping and hype. I hate that Clinton’s observation that Robert F. Kennedy was assassinated in June ran on and on when everyone save some indigenous people in the Brazilian rain forest knew what she meant. I hate that for days these same outlets discussed the relevancy of whether John McCain could be constitutionally barred from the presidency because he was born in the Panama Canal Zone. This, too, is sad.

What is perhaps most surprising, and sad as well, is what can be seen in the rearview mirror. There, reduced to a speck, is the once-huge expectation that the next president would be a Democrat. The current president, after all, has started two wars and completed none, and presides over a palette of debacles that encompasses everything from a crashing economy to a housing catastrophe to an immense loss of American prestige around the world (with the possible exception of those aforementioned indigenous Brazilians). It includes, of course, a lack of trust in an administration that weaseled and fibbed and exaggerated and Cheneyed the American people — but has (and so the GOP will remind us all) kept the nation safe from another attack. No small matter, it will turn out.

So I see little to be happy about, little that pleases my jaundiced eye. Yes, voter participation is way up and in the end, the Democrats will choose a woman or an African American and, to invoke that tiresome phrase, history will be made. But this messy nominating process has eroded the standing of both candidates. It has highlighted the reality that racism still runs deep and that misogyny, although more imagined than real, is not yet a wholly spent force. This is an ugly porridge that has been placed before us, turned rancid since the cold, pristine days of Iowa only five months ago. We were, with apologies to Bob Dylan, so much younger then.