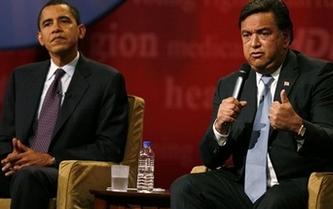 Finally, the Clinton’s have succumbed to pressure and have released some of the White House records. Bill and Hillary have cried and cried about the unfair treatment they’ve received from the press, and yet the press really has never questioned (i) the validity of Hillary’s experience claims, (ii) why she continues to stay in the race when she cannot mathematically win and when it only hurts the party in November, and (iii) what a Bush Clinton Bush Clinton / 16 years in the White House presidency says about the state of our democracy.

After a year of campaigning under the guise of 35 years of relevant experience and day-one readiness, Hillary has finally turned over her official schedule from her days at the White House. This has given the voters, finally, a chance to at least begin debating her presidential experience by getting a closer glimpse at her role in her husband’s administration. According to the Washington Post, Hillary was not an important foreign policy player — as she has alleged — but did act as a national spokesperson (as do all presidential spouses).

Clinton herself, in citing her experience as first lady as evidence of her preparation for the presidency, has distilled a complicated record into sound bites dissected by critics. She has claimed that she “helped to bring peace to Northern Ireland” and “negotiated open borders to let fleeing refugees into safety from Kosovo.” She described a harrowing flight into war-torn Bosnia and said she advised her husband to intervene to stop the Rwanda genocide.

All of those claims have been called overstated. While she traveled to Northern Ireland and met with its leaders, she was not a direct participant in peace talks. The borders she talked about were opened the day before her visit, although she pressed to keep them that way. She took her daughter, singer Sheryl Crow and comedian Sinbad with her to a USO show in Bosnia on the flight in question. And no one who served in the Clinton administration has publicly recalled that she weighed in on Rwanda.

Hillary has also campaigned on the grounds that she was starkly opposed to NAFTA. The records released have also proven those statements to be blatanly false. According to John Nichols, “Clinton Lie Kills Credibility on Trade Policy“.

Now that we know from the 11,000 pages of Clinton White House documents released this week that former First Lady was an ardent advocate for NAFTA; now that we know she held at least five meetings to strategize about how to win congressional approval of the deal; now that we know she was in the thick of the manuevering to block the efforts of labor, farm, environmental and human rights groups to get a better agreement. Now that we know all of this, how should we assess the claim that Hillary’s heart has always beaten to a fair-trade rhythm?

And we are still waiting to see other important records that pertain to her credibilty, including the official White House phone records and, most importantly, the Clintons’ financial records and tax returns. Hillary has argued that she has already been vetted (and then when she is asked a tough question, she cries foul play), but it appears that people are starting to demand much more. The Washington Post also noted in its original story on the matter that some old controversies weren’t noted in the schedules,

As a record of her official activities, the schedules are at best an incomplete account of her time on Washington’s center stage. Her various interrogations under oath by Whitewater prosecutors, for instance, do not appear; nor does her meeting in late 2000 with a New York rabbi who lobbied for a controversial commutation of the sentences of four Hasidic men convicted of fraud and conspiracy. Many days are filled with “Private Meetings,” with no further information.

while others may now resurface,

Still, the schedules offer some tantalizing tidbits. She spent time with fundraiser Denise Rich at a New York ball in late 2000, just weeks before the president provoked wide criticism by pardoning Rich’s ex-husband, Marc, a commodities trader who had fled the country to avoid tax-evasion charges. She held four private meetings with her chief of staff, Maggie Williams, on the day in 1996 that an aide presented old law firm billing records subpoenaed two years earlier in the Whitewater investigation.

Apparently, Laura Bush is now revising her White House schedule history to better situate herself — what you thought it would be George Sr, Bill, George Jr, Hillary, Jeb? — forget about it! Laura Bush for President 2016! That should give Chelsea enough tim to prepare her own strategy. You gotta love democracy — God Bless America!