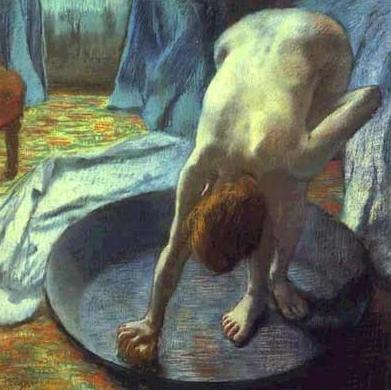 This morning I was taking a shower and noticed a bug flying around in the shower with me. I filled my mouth with water and sprayed the little creature. But, he was insistent and came back again. So I filled my mouth a second time with water and repeated the process. He flew away but was back a minute later. I thought, hey, maybe the little fly is lonely and just wants someone to be around. I felt compassion for him. This reminded me of when I was little.

When I was very young, I remember that every time I got mad and hit or kicked the wall or some other inanimate object, my father would say something like, “how do you think the wall feels when you hit it?” I assume that like a lot of little kids, this made me think that possibly even inanimate things also had feelings and consciousness.

Also when growing up, I can only really remember two times that my father really got mad at me – and these were both very subtle forms of chastising, quite under spoken but which got their points across. The first time was when, and I can’t remember why, I was angry with my sister so I threw a football at her with all of my might. My father raised his voice, something that he never does, and said, “men NEVER hit women.” And that was it, I never hit or fought with my sister or any other woman again in my life.

This was kind of unfair. My sister had this ability to reach across the room with her legs (like a frog’s tongue to attack its prey) and grasp my skin with her toes in one excruciatingly painful pinch. How many times have women since then yelled at me for not getting mad or at fighting back? But I was taught to not fight with women, for better or worse.

The second time I was scolded was during another ingenious childhood moment of scientific awakening. I was in the garden with a magnifying glass studying the heat resilience of an ant. When my father found me crouched over the poor frying insect, he raised his voice, “Don’t be a turkey. What did that ant ever do to you?”

Even on days like today when I defend my honor in front of an insect that is invading my privacy, I recall those lessons of childhood and with a sense of repentance (slight, ever so slight), I wonder: (i) how must this insect feel and (ii) what did the poor bug ever do to me?