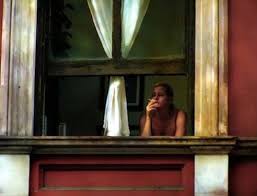 At the beginning of confinement back in March, one of my first thoughts was that lockdown was going to be a lot like Ramadan, just instead of not eating, we wouldn’t be able to go outside. One clear difference, though, was that with Ramadan at least you knew it would last no more than 30 days.

This is only my third year observing Ramadan, but my wife who has celebrated it her entire life always says (and I can now corroborate) that the first week is hard because your body is adjusting. The last week is hard because of the anticipation of it being over. During both the first and last weeks, you are very vocal. You spend a lot of energy speaking to friends and family, first about what you are preparing for evening meals, and then later about what you will do when Ramadan is over. It is that middle period – the in-between days where no one is as excited about what they are cooking and no one sees the light at the end of the tunnel – that is the hardest. Things get real quiet and fasting becomes tedious, losing its celebratory luster.

When confinement began, I switched what I was reading at the time and re-read Camus’ The Plague. One of the things that struck me the most was this comment from one of the characters:

At the beginning of a pestilence and when it ends, there is always a propensity for rhetoric. In the first case, habits have not yet been lost; in the second, they’re returning. It is in the thick of a calamity that one gets hardened to the truth. In other words, to silence. So let’s wait.

That is exactly how I have felt during this prolonged period of confinement. At first, it was about adjusting to the staying inside, and now it is about what the new normal will be like as we try to slowly reopen. In the middle, it has been real quiet and tedious.

Today is day 15 of Ramadan, so I am in the midst of the silence, routine and grunt of it (and also the secondary effect of lots and lots of hunger-induced typos and grammatical errors). On the bright side, I have shaved off a couple of pounds/kilos.

Three more points I wanted to make. First, there is another similarity between living through confinement and Ramadan. Even though you often suffer through them on a very personal level, you endure them as a community. One of the greatest things about Ramadan is the bond it forms between those who are fasting. The same thing has happened during confinement. We have looked to Zoom, Facetime, Whatsapp, and 8pm community clapping as a source of shared suffering. You and those around you become more generous and compassionate. You become a community.

Second, many of you may think that observing Ramadan this year is more difficult because of the lockdown. Quite the contrary. Ramadan — even though it is only my third year — is normal. It is what we do once a year, so making sure that we continue to do what we would have done anyways helps us feel normal in these abnormal times. Furthermore, fasting forces you to maintain a routine and daily goal. Focusing on getting through each day has been a healthy distraction, especially with the award of a special meal every evening to close the day.

Finally, there is always a transition back to normal life once Ramadan is over. During Ramadan, I always tell myself that I will keep doing those healthy things that allowed me to lose some much weight during the month of fasting (ie, no beer, lots of smoothies and fresh fruit). But first, I will have one day where I eat and drink everything I have been missing. Then the big day arrives and you body just isn’t ready to go back to the old schedule, so immediately you are overwhelmed. A few days pass and before you realize it, you are back to the old routine and old bad habits. I can only imagine how after confinement is over, we all go back to all the junk food, touching our faces and not washing our hands.