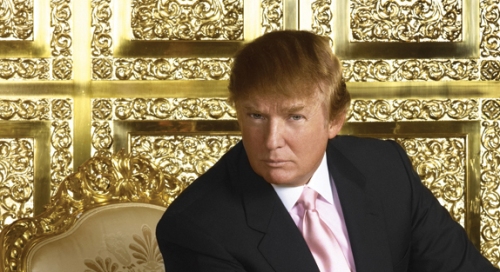 If just a little more than a half century after the close of World War II and the murder of 6 million innocent lives, Trump is capable of rehabilitating anti-Semites, and if 30 years after the Cold War, our president-elect can turn a Soviet KGB official-turned-despot from foe to roll-model, then there should be hope for Muslims around the world that one day the hatred they suffer will come to a happy end.

If a black man can become president in America? And if a white man who has admitted to committing fraud and bragged of sexual assault, has been married three times and unfaithful countless more, has gone bankrupt four times, lost $1 billion in one year and made the U.S. tax-payers pay for it for another 20, consistently rips everyone off, rides a golden elevator, and believes in absolutely nothing . . . if he can become a Republican and then elected president of the United States, surely anyone can. So if a fraud and phony can make it, you can too. The sky is the limit.

See, there is still hope for America and Americans.

Just be patient. The dream is alive. Sleep and dream.