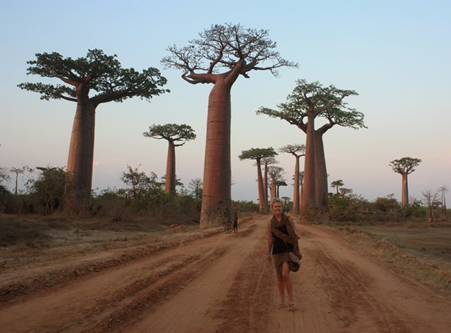 Is blogging dead? Bloggers, including myself, just don’t seem to be writing as much and readers have definitely followed suit by reading less. This is probably due to two factors: over-saturation in the so-called blogosphere and the briefer, less time consuming tweet. As a matter of fact, most of my friends who were big bloggers four or five years ago have almost all abandoned the practice in favor of the lazier tweet.

So now other than the blogs of Glenn Greenwald and Paul Krugman, there is not much out there that I turn to for news and analysis. Nevertheless, I do have a few friends who are still writing interesting blogs. For example, one of my favorite reads these days is Rice and Coca-Cola by my friend Martina.

Martina recently decided to quit her job and travel around the world, almost entirely on her own. She left a few months ago from her native Sweden and has already covered Algeria, Mali, Senegal, Gambia, Rwanda, Tanzania, Malawi, South Africa, Swaziland, Madagascar, Nepal, and has now just landed in India. She still has South East Asia, Australia, and South America left. While the idea of a trip-around-the-world-blog may seem a touch cliché, Martina has turned out to be a very good writer. Furthermore, I thoroughly enjoy her writing, learn vicariously from her adventures, and eagerly look forward to being updated on her whereabouts. I only wish there were more gratuitous stories of sex, lies, deceit and gnashing of teeth.

Start from the beginning and give Rice and Coca-Cola a try.