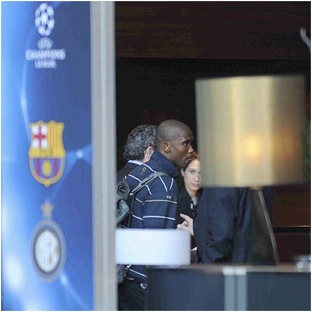 At the end of last season and without much of an explanation, Barça coach Pep Guardiola claimed it was time for his emblematic star striker Samuel Eto’o to move on. Tonight, though, Eto’o had the last laugh as his new team, Inter de Milan, advanced to the finals of the European Champions League Cup by defeating Barcelona on aggregate 3-2.

This year’s big match could be dubbed the Reject’s Final with the high profile rejects from Real Madrid, Arjen Robben and Wesley Sneijder, leading Bayern Munich and Inter de Milan respectively to the finals. If Jorge Valdano got egg on his face for letting those two guys go, I suppose Guardiola’s doesn’t look much better.