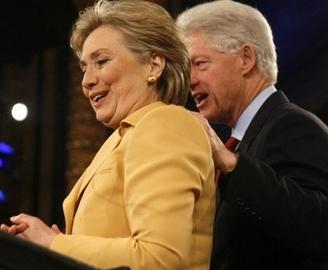 Hillary would not have been on the top of my list for Secretary of State. I would have envisioned her in a domestic policy role, thinking that one of Obama’s bipartisan choices would be better as the top foreign diplomat (like Republicans Chuck Hagel or Dick Lugar). Apparently, though, Hillary was blocked by Ted Kennedy in Senate from any health care czarship. As the story goes, with Obama most likely keeping Bob Gates on as Secretary of Defense, he therefore cannot also give State to a Republican. That leaves the political prize open solely to a deserving Democratic, and you’d think the likely front runners were John Kerry and Bill Richardson.

John Kerry endorsed Obama early on and Bill Richardson –Secretary of Energy and U.N. Ambassador during Bill Clinton’s presidency — earned Judas status when he came out in favor of Obama in the heat of primaries. As attributed to James Carville (also the guy who called Richardson Judas), the elections are for screwing your enemies and the transition for screwing your friends. Furthermore, making Hillary Secretary of State ties her political future to her performance in the Obama administration. Welcome to the team of rivals.

But as many recent articles have correctly pointed out — from Gail Collins and Maureen Dowd in the New York Times to the Washington Post’s “Clintons’ Global Paths May Cross“– Bill Clinton’s foundation, presidential library and baggage pose serious ethical questions to a potential Hillary State Department. George Stephanopoulos writes,

But there’s one significant complication: how to make sure that former President Clinton’s foreign speeches, business dealings and foundation work don’t present conflicts of interest . . .

Here are some of the major questions that need to be addressed: How much public disclosure must there be of past foreign donations to the foundation?

Is any more disclosure of foreign business and speaking income required? Are there other ways — short of or in addition to full disclosure — to vet for possible conflicts?

Going forward, would the Clinton Foundation be permitted to continue soliciting foreign support?  If so, under what conditions?

How would the contributions be reviewed and vetted?

All of these questions can be answered, but getting there is complicated. It’s not done yet.

Bill Clinton having to pay by the rules of transparency and disclosure? You really think so? Hillary should have dumped Bubba’s tuckus ages ago; it might have even gotten her elected president this time round. It’s not much of a marriage anyways, but if it is, at a minimum, one of convenience and she’d like to be Secretary of State, Hillary should be asking, “what has he done for me lately?” The answer is: divorce him already.

4 responses to “Divorce Him Already”