From a Crooked Rib 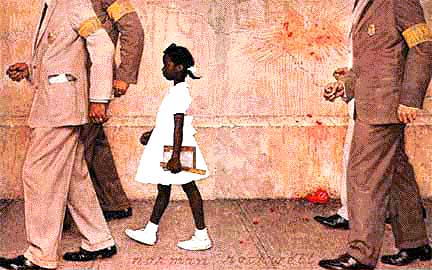 This last few days, I finished reading two novels which could be described as feminist literature. The first one, Two Serious Ladies by Jane Bowles, I must admit, was a total enigma to me. In a sense, it reminded me of Sylvia Plath’s The Bell Jar. While I understand its central theme of women’s struggle for finding themselves in a world that imposes upon them a series of debilitation and irrational anxieties, I still haven’t quite figured the rest of it out.

Next, I read Nuriddin Farah’s first novel, From a Crooked Rib, written in 1968 (yet still very revelant today). This story tells of a Somali woman’s desperate struggle for freedom, a struggle that is based on her love for life. Ironically, she lives in a male dominated world that treats women as inferiors, subjects them to female genital mutilation (in particular infibulation), and while she flees her tribal lifestyle to avoid a forced marriage to an older man, she still believes that her only option for freedom lies within marriage. Even worse, the women in society also promote and perpetuate gender inequality.

God created woman from a crooked rib
and anyone who trieth to straighten it,
breaketh it

It never ceases to surprise me the lengths to which people and society will go to alienate or belittle groups of people based on their gender, race, religion, age, physical incapacities, age or sexual orientation. Why are people so afraid of others? I believe it was Churchill who said that if you are young and not a liberal, then you do not have a heart; but if you are old and not a conservative, then you have no brain. When I was younger, I was less liberal. But, now that I am older, I suppose I am much more liberal. I believe in people’s rights to exist, fully and freely. I am much more tolerable in general, but I am growing increasingly less liberal and more conservative when it comes to my intolerance for the intolerable, for the intolerance of others. In the meantime, as long as classes of people are be subjected to inequities for the very reason that they belong to their class, then, as Haile Selassie said to the now defunct League of Nations, and Bob Marley sang, “there will be war.”

2 responses to “From a Crooked Rib”